“One of the best creations to pop up during lockdown!”

The Worst Week of My Life

“The Worst Week Of My Life” has been sold to over 100 territories and remade in the USA (on CBS), France, Germany, Italy (two feature films), Ukraine, Lithuania and Greece

The Worst Christmas of My Life

Christmas at the Riviera

The Thing About Vince

Youtube Series – Bringing us a laugh in dark times

How are people coping with the lockdown ? That’s the question new comedy HOUSEBOUND asks and the answers offer a hilarious look behind the curtain of British homes.

In a series of Zoom, Skype, Houseparty and FaceTime calls, characters played by Susannah Fielding (Alan Partridge), Pierce Quigley (Detectorists), Javone Prince (The Javone Prince Show), Priyanga Burford (The Thick of It), Tim Downie (Toast of London) and Jeremy Swift (Downton Abbey) among many other brilliant comic talents reveal themselves to the nation in a series of joyously comic monologues.

HOUSEBOUND is from Mark Bussell and Justin Sbresni, the writers and producers of the BAFTA-nominated The Worst Week of My Life (Ben Miller, Alison Steadman) and The Robinsons (Martin Freeman, Hugh Bonneville).

“We asked ourselves the question: how do we make a TV series under the current social distancing rules? And this is what we came up with. We’ve worked with all the actors before and stayed in touch. Every one of them wanted to be part of it as soon as we pitched it,” says Justin. “We wanted to shine a light on the pressures and problems we’re all going through, “ adds Mark. “Where there’s pressure, there’s invariably comedy”.

“There’s been a great response to the show so far”, says Justin. “We’ll keep making them as long as people want them or until we’re through this whole nightmare. Hopefully, it helps to lighten peoples’ days.” 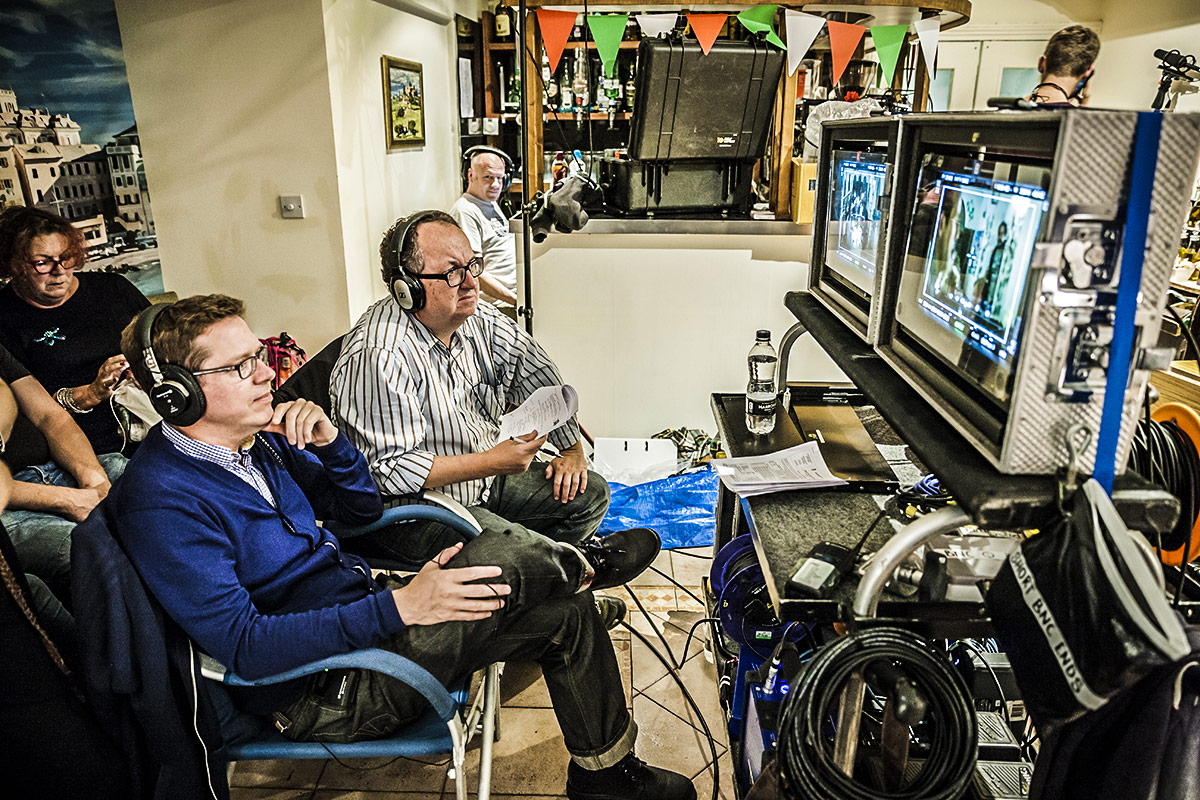 Mark Bussell and Justin Sbresni met at university and following separate careers at ITV and the BBC have been writing, producing, and directing comedy ever since. They formed to produce comedy and drama projects for both television and film.

“Mark and Justin are masters of the comic scenario”